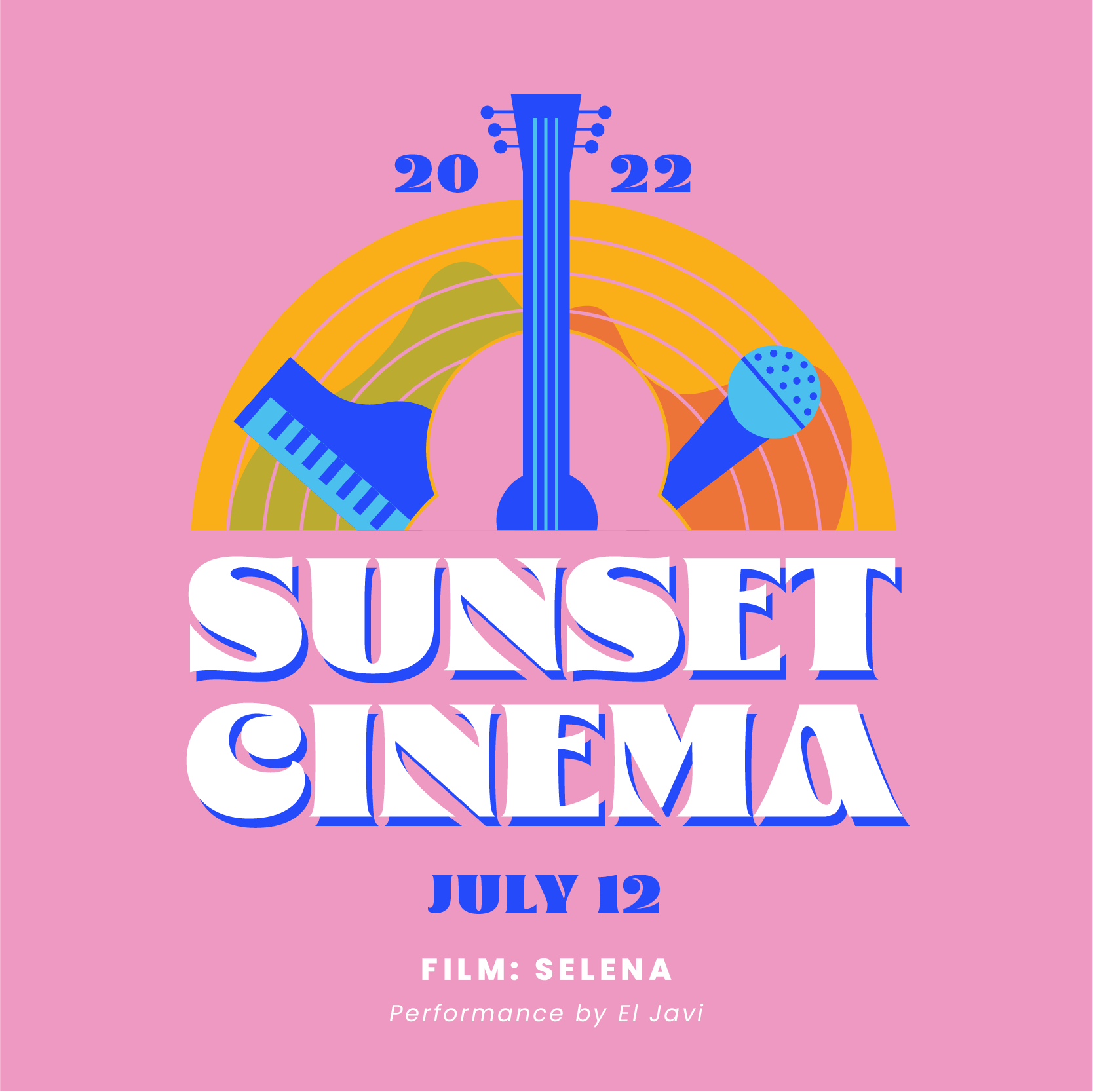 SUNSET CINEMA:
This summer the outdoor film + entertainment series highlights movies about music. Together with Denver Film, Denver Arts & Venues will be presenting a lineup with a little something for everyone that embodies the spirit of music and how it makes us feel. DazzleJazz is curating the pre-show entertainment with fantastic local groups and performers, and Ryan Dykstra Records will be on site with a mobile record shop for anyone looking to expand their vinyl collection.

All events are FREE, but please register on Eventbrite so we know how many people to expect.

Bring your chairs, blankets, family and friends down to Galleria and the enjoy the show! We'll gather on the lower terrace of the Galleria where the complex meets Scupture Park, next to Boettcher Concert Hall. There will be some seating available on a first come, first serve basis.

THE FILM:
PG | 2h 7min.
In this biographical drama, Selena Quintanilla (Jennifer Lopez) is born into a musical Mexican-American family in Texas. Her father, Abraham (Edward James Olmos), realizes that his young daughter is talented and begins performing with her at small venues. She finds success and falls for her guitarist, Chris Perez (Jon Seda), who draws the ire of her father. Seeking mainstream stardom, Selena begins recording an English-language album which, tragically, she would never complete.
(1997) Director: Gregory Nava

PRE-SHOW ENTERTAINMENT:
North American guitarist, El Javi, defies music genres with his unbound exploration of instrumental music. The Denver based composer, producer and performer incorporates elements of flamenco, progressive rock, classical, folk and world music to shape his compositions. El Javi has been a supporting act for Ziggy Marley and today’s biggest voice of flamenco Diego El Cigala. He was a featured artist in Coors Light’s national campaign My Climb, My Music and participated in the International Guitar Festival in Zihuatanejo, Mexico.

GOOD TIMES, FOR GOOD
Sunset Cinema is brought to you by Denver Arts & Venues, which uses proceeds from paid events at City venues like Red Rocks Amphitheatre and Denver Performing Arts Complex to make this and other cultural events possible, and to improve access to art, music and culture for all.